Science and common sense don’t always tell us the same things, so it’s especially satisfying when they agree. In the case of children’s exposure to violent media, the science clearly confirms what we already suspect: what children watch and play changes how they behave. 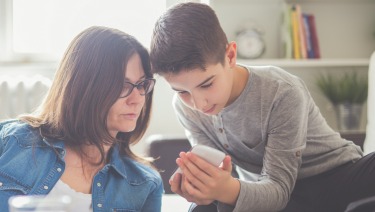 Common sense, however, can still mislead us when it comes to thinking about our own children. Just as 93% of Americans report that they are better than average drivers, many of us tend to feel that the link between violent media and aggressive behavior affects other people’s children. As a parent I’ve fallen into the same trap. I assume that violent games and programs can’t affect my sweet son. Except that they do, and I have seen it.

At the same time, we talk about what the science does show when we should talk about what it can’t show. We will never be able to pin the blame for any single violent act on exposure to violent media, just as no one can say which hurricane or tornado results from global warming. What we can say is that violent media contributes to a certain amount of childhood and adolescent aggressive behavior. I think many would agree that anything we can do to reduce this aggressive behavior is well worth the effort.

People have been hoping and praying for world peace for as long as there have been people and a world, and none of us expects to see aggression or violence eliminated in our lifetimes. We know, however, that helping our children choose less violent entertainment can make a very real difference in behavior for some kids, and that’s an awfully good start.

David Hill, MD, FAAP, practices at KidzCare Pediatrics in Wilmington, NC and serves as Adjunct Assistant Professor of Pediatrics at UNC Medical School. He chairs the American Academy of Pediatrics Council on Communications and Media (COCM) and serves on the board of the North Carolina Pediatric Society. Dr. Hill won the Independent Book Publishers Association Benjamin Franklin Award in 2013 for Dad To Dad: Parenting Like A Pro. He writes and broadcasts on child care issues for local and national radio, television, print, and internet-based media. Dr. Hill lives in Wilmington, North Carolina with his wife, three children, and two step children.

The information contained on this Web site should not be used as a substitute for the medical care and advice of your pediatrician. There may be variations in treatment that your pediatrician may recommend based on individual facts and circumstances.
How Virtual Violence Impacts Children’s Behavior: Steps for Parents